Get fresh music recommendations delivered to your inbox every Friday.

by Kate and Corey 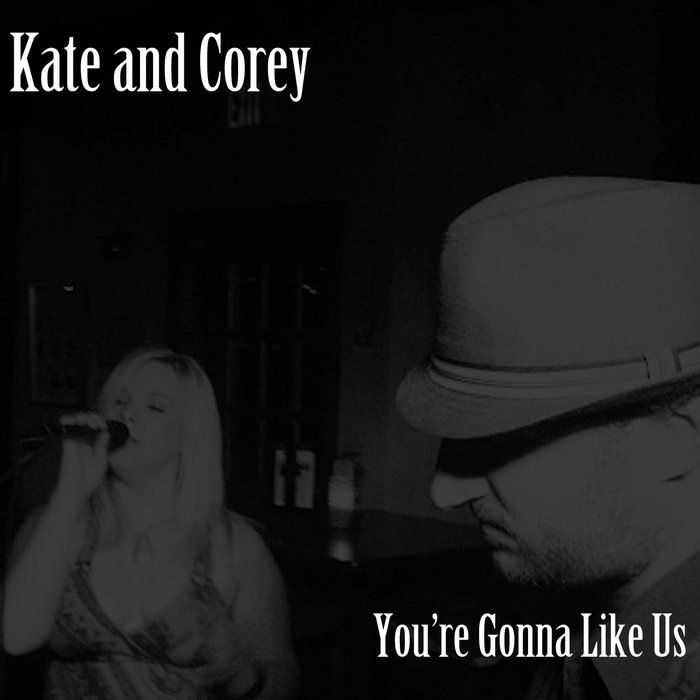 We hope you enjoy listening to this album as much as we enjoyed bringing it to life. It's filled with blood, sweat, tears, sleepless nights, long days, uncontrollable laughter and perseverance - Love, Kate and Corey

Kate Shaffer and Corey Coleman are a Bluesy Americana duo that have quickly made a big name for themselves. In the last year and a half, they have gone from playing on the street in downtown Buffalo, NY, making 300 dollars a month, to appearing at the famed Ryman Auditorium in Nashville, TN as one of five National finalists in the Texaco Country Showdown, an honor shared by the likes of Martina McBride, Garth Brooks, Brad Paisley and many other well-known artists.

They have also spent the last year playing up to 6 times a week, at venues like the Hard Rock Cafe in Niagara Falls, and Darien Lake Performing Arts Center, for a special VIP reception for Brad Paisley and Rascal Flatts.

Growing up, Kate listened to country, while Corey listened to jazz and the blues. The inspirations of Patsy Cline, The Dixie Chicks, Miles Davis and Bob Dylan are quite apparent in their Bluesy Americana style.

In September 2012, the duo moved to Georgia to follow their bliss. Time on the road and living out of a car enabled them to enhance the robust sounds of the simple setup of two acoustic guitars and two distinct voices. That sound is a result of the guitars and voices communicating the dynamics of their distinctively different backgrounds.

Corey’s exceptional method of hand percussion relies on striking both fretted strings and carefully chosen parts of the guitar with an attack that creates a dose of eclectic flavors.

Together, the well-seasoned duo brings great attitudes and excellent music in the recently released CD, You’re Gonna Like Us, which serves up 11 jaw-dropping tunes.

Award-winning Kate and Corey, walked away with the Northeast Regional Title, as well as an all-expense paid trip to the National Final of the 31st Annual Texaco Country Showdown in Nashville, Tennessee, on January 2013. Before advancing to the state level, Kate & Corey won their local competition representing WQRS in Olean/Salamanca, NY. In 2013, they were proud to be named one of five elite groups hailed as the "Best New Acts In Country Music".

Press Quotes...
"Kate and Corey are humble musicians whose affection for their material - as well as for each other - is palpable. The duo's songwriting is solid and the harmonies are sultry. But what truly sets these two apart is their desire to be heard. Their work ethic and respect for the independent scene just pours out of the music. So come thirsty." - Rochester City Newspaper

Fan Quotes...
"I just want to say that you two are the greatest musicians ever. I loved Fiest cover and everything you do. Thank you for completing my life."

"You guys NEED to come to Nashville, you will OWN it."

"‎"Think of you" is an addicting song! Beautiful job you two, keep making music!"

"If the Buffalo Sabres played like you, they would be winning"

"It's sooo nice & refreshing to see a pair of humble, talented musicians like yourselves, playing & singing from the heart...I wish you could bottle it up & give it away."

Kate and Corey are Soulful Roots-Rock singer/songwriters from Atlanta, GA with soaring harmonies and tight-rope-walking musicianship. Their blissful, passionate sound is leaving audiences all over the southeast feeling more connected. To the music, and to each other. ... more

Bandcamp Daily  your guide to the world of Bandcamp